I was just at my office in Ventura, CA where the scars of the Thomas wildfire were so fresh and the residual smoky smell still hung in the air. It was heartbreaking and a double whammy with Santa Barbara, which was also devastated from the same fires then hit with torrential downfalls triggering deadly mudslides. I had lived in Mission Canyon above the Botanical

Gardens for 16 years, raising two children with close ties to the community, so seeing all this was especially sad for me.
As I drove around Ventura, one of the things that left an impression was how random the destruction was. Only one or two homes in neighborhoods were burnt right to the ground, while the surrounding homes were left untouched. I couldn’t help but wonder what made the difference between some homes being saved and others burned to the ground. 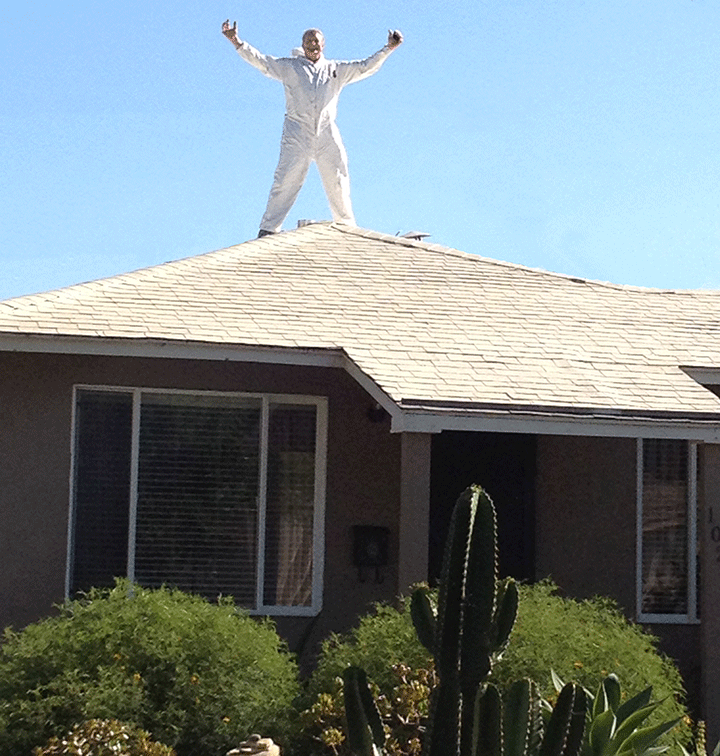 In one of those neighborhoods, I had personally encased a good friend’s roof with our Class A FireRated RoofCoat™ product several years ago. I jumped up on the roof with a 5-gallon pail and a roller on an extension pole and, at a leisurely pace, easily applied a completely new roof over the existing old worn out composition shingle roof over several sunny afternoons. Since I used GEI’s RoofCoat™for the roof restoration, we did not generate waste that would have come from the recommended tear off and replacement. And as an extra benefit, it also turned the surfaces energy saving, solar reflective.

Years since then, my friend often commented on how much she loved her encased roof and, because the coatings were solar reflective, had kept her home much cooler in the summer months. She also mentioned the added benefit was that she didn't have to clean up the little granules that had been coming off the existing roof. The small and messy asphalt granules are made out of coal tar-based material. As the granules broke down, she believed that they were contaminating her flowerbeds and garden with toxic material but reported that had instantly stopped once I had applied the coatingsand sealed everything in.

During the wildfires, she had to evacuate her home twice. She told me that as hot ash and glowing embers were raining down in her neighborhood, she felt her roof, and in return her home, was far more protected than her neighbors due to her roof being encased and protected with GEI RoofCoat™, a Class A Fire Rated material that did not support combustion.

In the past, I never really gave that benefit too much thought, especially when I was installing the roof. But as I drove through some of the burned-out neighborhoods with only one or two houses on a block burned to the ground and the rest unharmed, I couldn't help but wonder how the destroyed homes could have been saved if they had the same defensive coatings over their exterior and roofs, waterproofing them and also helping shield against embers.