I arrived in California after being on a large roofing encasement project at the ICE center in Port Isabel, Texas. The first stop I made was at a large successfully encased Asbestos roof project for a church in Santa Ana. This large roof was previously in a state of deterioration, breaking down and leaking. Some basic spot patching was applied but did not solve the problem. 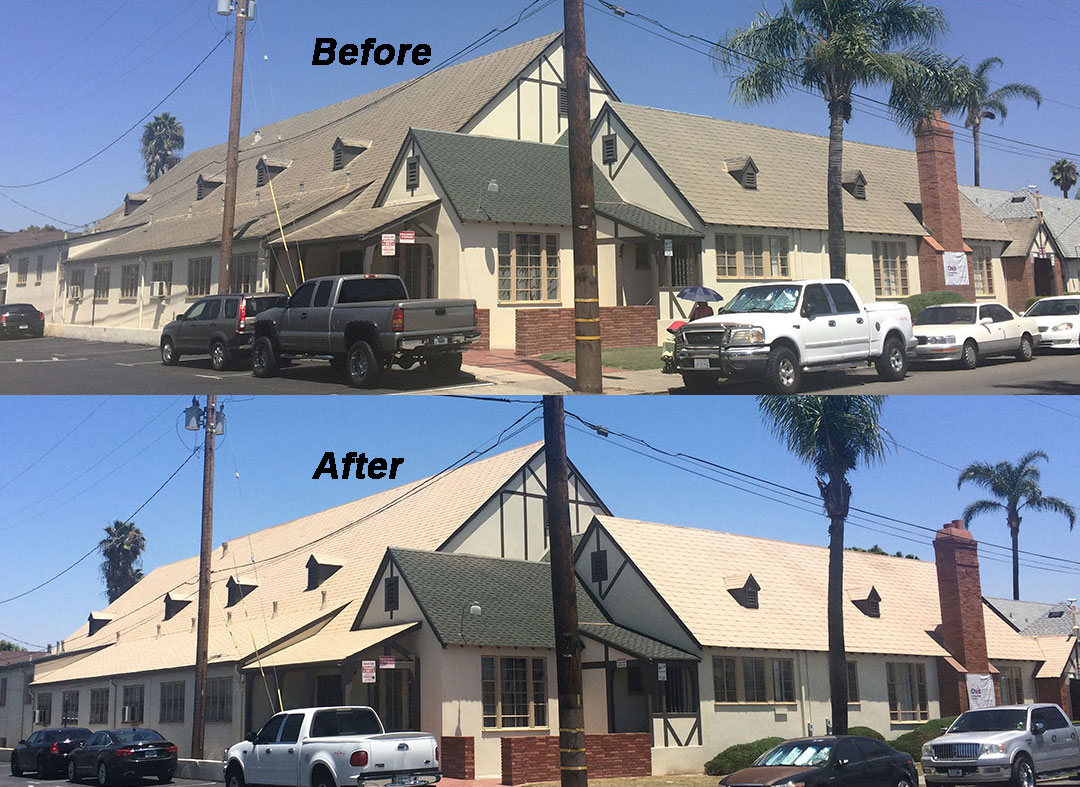 Wanting to put an end to the leaking, the management got quotes for roof repairs. They were told that there was no way to stop those leaks without doing a full removal and replacement of the roof. And oh yeah, by the way, the existing roof is asbestos which needs to be properly removed and disposed of in a special landfill for hazardous waste and that, of course, will drive the cost way up. But then, one of the other important factors of repairing the roof and stopping the leaks was that the facilities needed to stay safely open and operational which would require a non-invasive, nondisruptive solution.

The facilities management did some research and found GEI’s superior, green coatings that had benefited many other similar situation projects with a proven worldwide track record. They reached out to GEI and were presented a simple solution. Seal in the asbestos, stop the roof leaks, and turn the existing darker roof surfaces to a lighter color so they become solar reflective - saving energy and money.

Stopping by the project and seeing the end result was especially appealing as I was originally there to present the cost saving, simple solution that met all the needs with a 20-year renewable system. The completed project with the new lighter colors had a glow about it. Speaking with the management was additionally rewarding because they were extremely happy with the end results knowing that all the needs were met, including working within the tight budgetary constraints.

Learn more about Green Coatings Encasement with GLOBAL Encasement, Inc. by contacting us at service@encasement.com or visit our website at www.encasement.com.