7 years ago, after the monstrous tsunami wave stuck and receded, it left behind massive quantities of contaminated debris that needed to be dealt with. I was brought in to make recommendations on how to help do that.

Last week, I wrote about myself and some incredible individuals that offered their expertise to assist in the containment and clean up of toxic debris left behind from the tsunami. This week, I’m going to continue the discussion addressing the concerns of the coatings being chosen and how they were answered.

The first concern was making sure the coatings themselves would do what they needed to do by helping contain the debris and stopping it from being released into the environment. It also needed to help hold the material in place until it could be removed, transported and properly disposed of. For this, the coatings needed to be easily applied with excellent adhesion and flexibility to be able to take extreme movement while staying intact.

The next important point was the Green aspects of the coatings and their environmental impacts. The last thing anyone wanted were coatings that would cause any environmental damage or add to the already stressed circumstances. So having them green and clean, water-based, low VOC’s, non-toxic and biodegradable was of paramount importance. 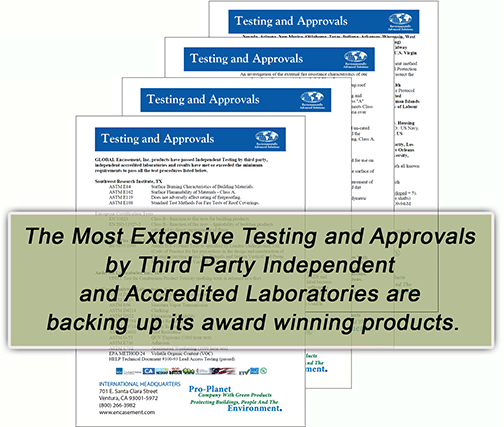 Making claims about the chosen coatings wasn’t good enough. All assertions being made needed to be backed up with extensive testing completed by accredited and independent laboratories that would be accepted on the international stage. Notably, one of the tests that had been preformed years before and became extremely important was the UPPIT Test, a Pittsburgh Protocol. This important testing was showed that when the coatings got into a fire or was burned, nothing toxic would be released. This was especially important for them since incinerating some of the debris was part of the disposal process and no one wanted extra toxic material adding to the already huge environmental impact.

So the three important features that proved GEI’s (GLOBAL Encasement, Inc.’s) coatings were going to be an optimal green solution for this complicated situation were that they demonstrated their physical characteristics, green properties and that these qualities were backed up by accredited, third party laboratory testing. The onsite demonstration evidently showed the coating capabilities, and the presentation of the extensive testing and approvals was confirmation of their important and useful characteristics.

To learn more about the benefits of GEI coatings and their installation contact us at 1-800-266-3982, Service@encasement.com or encasementguy.com 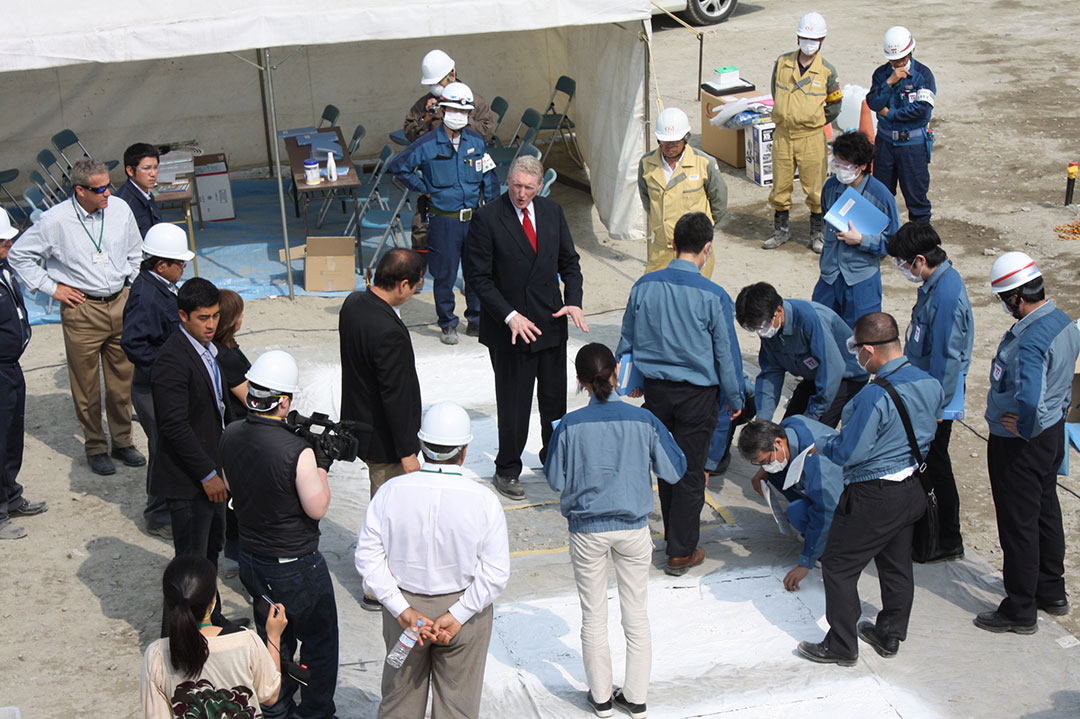 George C. Keefe (aka Encasement Guy) Educates TEPCO Management on the Benefits of GEI Coatings for Locking Down Radioactive Debris at Fukushima. 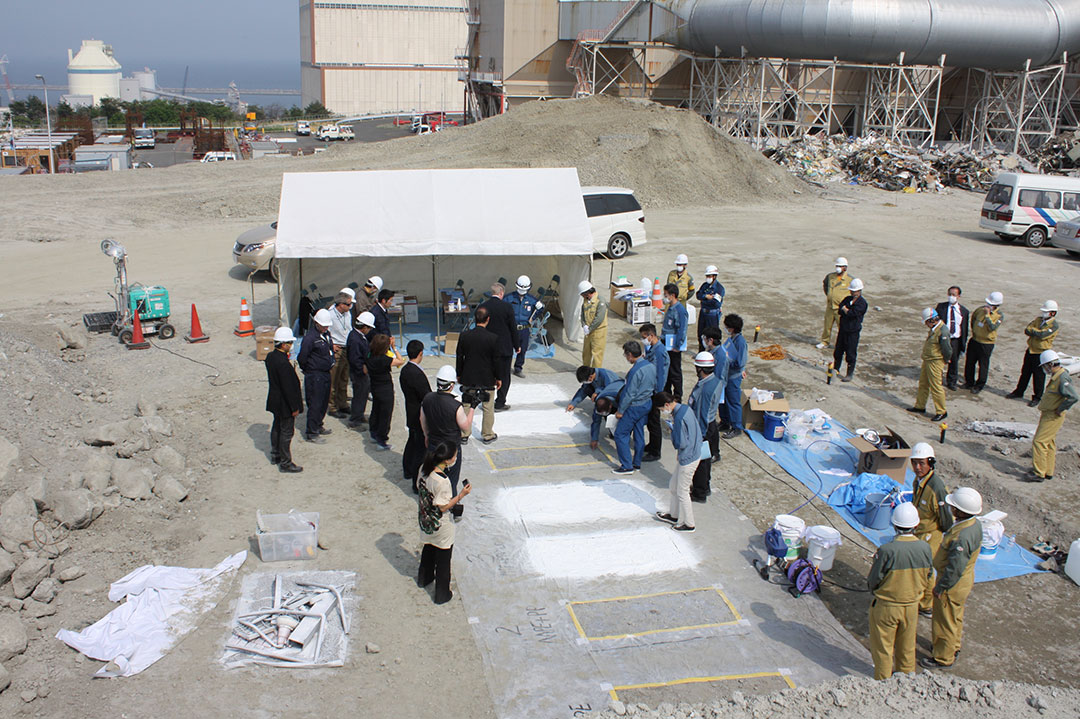