Asbestos – The Good, The Bad & The Ugly

As I travel and work internationally, I encounter different aspects and opinions on asbestos. It has a long background of use in all types of situations and still widely used in building materials. To date, it is still mined and incorporated into many products in several countries. It is controversial at best. My goal is always to try and enlighten and not frighten about some of its uses and misconceptions. The fact is that as much as it is opposed and even outlawed in some parts of the world, it is still mined, exported and used in many others.

First, let’s look at the Good:  Its main beneficial quality is its fire retarding characteristics and flame resistance. It has an extensive history and is a naturally occurring mineral known as "quicklime" in Latin and asbestos in Greek. The ancient Greeks began using asbestos some 2000 years ago, weaving it into clothing of slaves after realizing its flame-resistant properties. The ancient Romans, like the Greeks, used asbestos for its insulation and flame retardant properties. Marco Polo documented cases of being shown asbestos items,
such as asbestos cloth on his travels. Asbestos table cloths and napkins could be found in many restaurants because of their flame retardant capabilities. They could be thrown into the fire to remove food and other debris and then placed back on the table in time for the next customer. The Romans named asbestos “amanitas" meaning unpolluted, because after being in the fire it would come out whiter then it went in. So, fire resistance is the number one benefit and why it is used in a wide variety of building products. Some have even made the claim that as a fire proofing material it has saved far more lives than it has ever took. 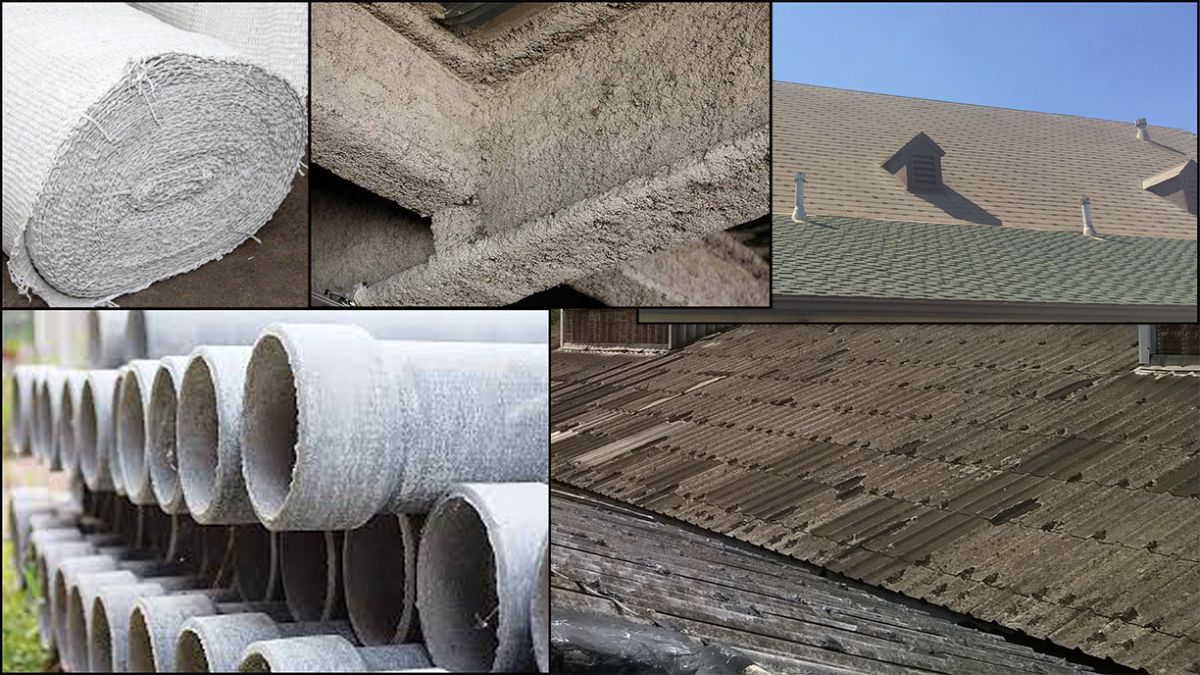 In addition, asbestos doesn’t conduct heat. It is a somewhat inexpensive fibrous mineral that is found worldwide and easily mined. It can be simply added to basic products without difficulty and to turn them non-flammable, producing goods with great fireproofing capabilities. It also has great chemical, impact, and abuse resistance and is unaffected by electricity. All these attributes make it a desirable additive to the manufacturing of various products, especially those used in the building industry.

The Bad: Asbestos left unchecked and uncontrolled over periods of long-term exposure causes many health problems and diseases, especially lung cancer, asbestosis and mesothelioma. Being so small, microscopic in nature the potentially harmful fibers are easily inhaled and carried into the lungs causing irreparable damage.

The Ugly: Those that deliberately mislead others about the potential problems that can come with asbestos and the misconception about how to best deal with it on a case by case basis is not only often unethical but downright ugly.

The legitimate options on how to evaluate specific situations, including the condition of asbestos content, should all be approached on a case by case basis when analyzing how to best deal with it.

How some profit off misinformation and even worse by limiting correct information is deplorable and unforgivable. Most especially when it involves exploiting workers by hiding health concerns from direct and indirect exposure.

Correct worker Information is even more important when there is a potential of carrying the dangerous fibers off site and exposing others. Not taking worker protection seriously and even worse hiding the fact that asbestos is present and potentially harmful is disgraceful. With the worst-case scenario being when a worker takes the asbestos home with them on their clothes and contaminate others.

Removal and replacement is often looked at as the preferred option. But most often this is not possible or necessary. Either the cost is too high or there is no present danger of the asbestos being released.

Over my 35 years in the industry, I’ve worked with many ethical professionals that stated that they can make so much more money removing and replacing asbestos, even when this option is not the best for their clients.

When dealing with asbestos, learn the facts and apply them to your particular situation so you don’t get caught up in the ugly aspects of this widely used material.

To learn more about this controversial building material and how to best treat it contact me here at: https://encasementguy.com/hire-encasement-guy-consulting-contracting