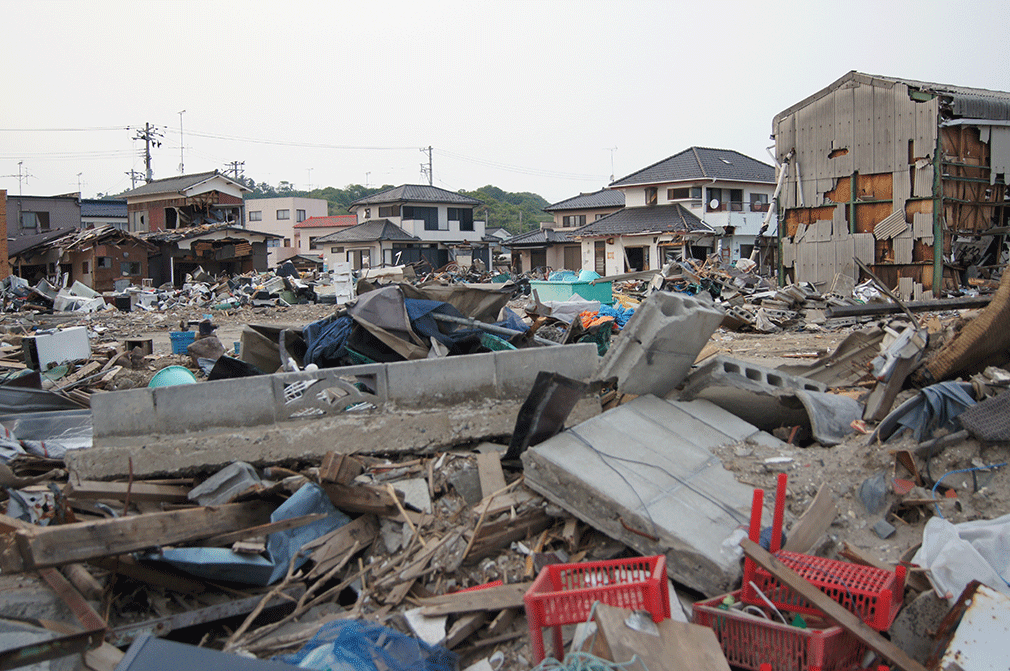 Flood waters, hurricanes, earthquakes, tropical storms, rising rivers, tsunamis, typhoons, tornados and wild fires can all leave toxic materials behind that can be harmful when they become airborne.

I’ve had calls with concerns about the exposure from residual contamination and the Inhalation of non-biological, solid contaminants after disasters and how they can be contained and controlled. Very often there are many hazardous materials used in buildings such as asbestos, lead-based paint, heavy metals, etc. They are useful and not a problem when intact and properly maintained. But when disaster strikes, they are unavoidably released into the environment, adding to the unfortunate consequences of a disaster.

Category 3 floodwaters, known as blackwater, include grossly contaminated substances, such as raw sewage, heavy metals, asbestos, PCBs, pesticides, diesel fuel, toxigenic, pathogenic and other toxic harmful debris.  After floodwaters recede residual complex, toxic material can be left on surfaces and when dried can be released into the environment becoming airborne and easily inhaled.

Other disasters that don’t include water damage, such as tornados, earthquakes and wildfires can also release all kinds of dangerous toxins. These harmful toxins are initially kicked up during the disaster and then they settle down after landing and can be rereleased during clean up causing harmful secondary exposures.

Both water and non-water disasters are similar in that hazardous toxins can be released during those events and left behind to expose people especially during the cleanup. The solutions are also similar in that all these hazards can be controlled and contained in much the same way.

As I continue to get questions about how to avoid this type of exposure, my response to these legitimate concerns is always the same. Most of these environmental exposures from disasters can be controlled and contained with simple GEI (GLOBAL Encasement, Inc.) Green Coatings Encasement both before and during the cleanup.

Injuries and illnesses associated with secondary exposure from toxic residual debris can be reduced and avoided through proper cleanup and containment practices. The first step in any cleanup operation is to evaluate the situation, contain and remove the waste, and then seal down the residual surface contaminants. This includes concentrations of toxic debris from a mixed bag of products.

The standard process during cleanup is wetting the debris with water. This minimizes inhalation and release of toxic dust that can become airborne and cause secondary exposure. However, this process of wetting with straight water is good only until the water evaporates and the material dries out again. A better way to handle this situation is by wetting that same harmful material with GEI’s MPE™. MPE not only holds down that material while it is wet, but also holds it in place after the water evaporates and the MPE™ cures. This allows clean up with less chance of toxic exposure and the rerelease into the environment of the hazardous debris.

This proven method of dust and solid hazardous material control with GEI’s MPE and other coatings is designed to minimize the potential impact to people and the community. Whether you are removing solid hazardous materials or locking down residual contamination, the use of GEI’s Green Encasement Coatings can be beneficial and necessary for the cleanup process.